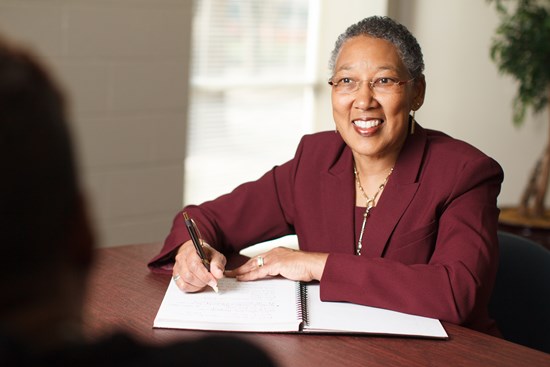 Daun Sessoms Hester is a lifelong resident of Norfolk, Virginia who has committed her life to serving her community, her city and the Commonwealth. She grew up in the Five Points area, where she graduated from Norview High School. She returned to her family home after college to create a career in education and begin her role as a servant-leader.

Daun S. Hester currently serves as the Treasurer of Norfolk.  She was elected to the position in 2017.  She is one of the few citizens who has been elected and served as a member of the Norfolk City Council, a member of the Virginia General Assembly and as a Virginia Constitutional Officer.

When she served as a member of the Virginia General Assembly, she represented the Eighty-ninth Virginia House District, which is located entirely in the City of Norfolk and includes approximately 45% of the city’s population.  She was elected to the Virginia legislature in December of 2012. As a member of the House of Delegates she served on the Appropriations Committee, which directs Virginia's annual budget, the General Laws Committee, which sets policy for many business interests in the state including the real estate and banking industries and ABC laws; and she was as a member of the Education Committee.

Prior to holding state office, Hester served on the Norfolk City Council from 1996 to 2010 representing Superward Seven, a district that includes 50% of the Norfolk’s voters. She also served as Norfolk Vice-Mayor between 2004 and 2008.

In her service to the citizens of Superward Seven, Hester advocated for equal opportunities for all, a vibrant city economy, healthy neighborhoods and she was a tireless voice for young people in Norfolk. Hester was instrumental in establishing the first “Norfolk Youth Council.”

In addition to holding elected office, Hester’s dedication to her home city included serving on the Planning Council, a regional agency. She served as vice-chair for the Norfolk Economic and Community Business Development Committee. She chaired the City Council’s Task Forces for the Church Street/Huntersville neighborhoods and the Park Place/Lambert’s Point communities. She also served on the Southside, Five Points, and Fairmont Park Task Forces. The task forces guide neighborhood and commercial development.

Hester served on the Board of Visitors of Virginia State University for eight years, including her service to the Executive Committee as Secretary. She chaired Empowerment 2010 and was a member of the Board of the National League of Cities. She was also the co-chair for Norfolk United – Facing Race, a city-wide initiative to foster honest dialogue on race and reconciliation.

Hester serves as co-chair of Black Women for Positive Change and is a member of the National Council of Negro Women. She continues to serve on the Crispus Attucks Cultural Center Board of Directors. She is a partner at Mount Lebanon Missionary Baptist Church, and a member of Norfolk Alumnae Chapter, Delta Sigma Theta Sorority, Inc.

Daun Hester began her professional career as an educator advancing into administration, professional development and instruction.  She worked in the Norfolk Public Schools System for 22 years.  She was also the owner of Hester and Company, a consulting firm that provided programs and consulting services in the areas of education, family, strategic planning and community improvement.

Daun Hester’s service and accomplishments have been frequently recognized. She was honored in 2016 as the Legislative Champion for Children by the Champions For Children/Prevent Child Abuse HR.  That same year she was given the Champion for Justice Award by the Virginia Association of Commonwealth's Attorneys.  She has been honored as a Norfolk Public Schools Distinguished Alumni by the Norfolk Education Foundation.  The Young Professionals of the Urban League of Hampton Roads recognized her with the Silver Legacy Award for Education in 2011. Kappa Alpha Psi granted her the Community Service Achiever’s Award in 2008 and in 2007 St. Paul C.M.E. Church declared her a Lady of Distinction. She received the “Mary Helen Thomas” award from the YWCA for her contribution toward the elimination of racism in 2004. Also that year, the Veterans of Foreign Wars, Tidewater Post 48-0, declared her “Citizen of the Year.” The following year Lambda Omega Chapter of Omega Psi Phi Fraternity, Inc. declared her “2005 Citizen of the Year.” Alpha Phi Alpha Fraternity named her “2001 Humanitarian of the Year” and the Urban League awarded Hester their Vivian C. Mason Meritorious Award.

Mrs. Hester is married to Quincey Hester, Sr.  They have two sons and six granddaughters.

Authorized and paid for by
the Hester for Treasurer Committee.
Powered by CampaignPartner.com - Political Campaign Websites
Close Menu